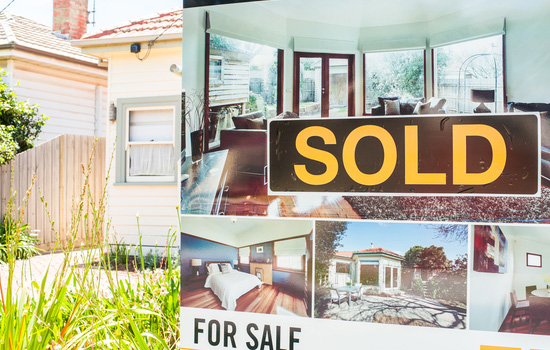 If like many you were outbid on your dream home in 2015 by a buyer with deeper pockets, then this could be your year.

With the strong growth of 2015 expected to ease, first home buyers and investors in lifestyle properties look set to do well in the year ahead.

Price growth is likely to slow down and prices are set to become more consistent in 2016 after a period of strong growth, according to LJ Hooker’s Head of Real Estate Christopher Mourd.

“The market is definitely slowing, with growth slowing people can (now) make better decisions,” he says.  A more consistent market means both buyers and sellers “can see what’s really going on.”

“There’s also the fact that population growth is slowing and less people are coming here from overseas to work as the international (economic) conditions are improving.”

First home buyers are likely to have more opportunity to enter the property market in 2016.

Only time will tell if a slower market will see prices fall,  according to Core Logic RP Data senior research analyst Cameron Kusher.

“Over the past year Sydney and Melbourne have continued to see the strongest rates of home value growth however, over recent months we have seen values in each of these cities fall.  Whether values in Sydney and Melbourne continue to fall or the rate of value growth just slows, will be one of the primary factors determining housing market conditions in 2016,” Kusher says.

“The Adelaide and Hobart markets will likely see fairly moderate levels of value growth while we anticipate further value falls for Perth and Darwin.”

How to: Make refinancing easier

What’s the outlook for buyers?

A slower market is particularly good news for first homebuyers who will likely face less competition from investors with deep pockets.

“In 2015 it was a pretty aggressive market, if you were going to secure a property you had to be quick – you had 15 minutes to decide which puts a lot of pressure on people,” Mourd says.

The market is tipped to “take a breather” in 2016  which should give buyers “increased confidence in the property process”.

Video: Haggling with the big banks

With prices easing off, buyers can look forward to a more stable market with consistent results.

Global property outlook: How does the perfect Aussie home stack up?

“We figure new home building will fall by about 12 per cent,” Garrett says.

“Multi-units have been the big driver of new home growth in building and that part of the market is a bit more volatile.

“The fall (in new home building) will be concentrated on new multi-units.

Treasury also estimated in its December’s mid year economic and fiscal outlook, that new home building will rise by just two per cent in 2016, down from 8.5 per cent in 2015.

What will the market be like for sellers in 2016?

“It will generally be a strong year for sellers, it looks like the rate of economic growth will get back on track creating strong conditions for those who wish to sell their homes,” Shane says.

With prices growth slowing, some sellers will also be in a position to trade out of their current home and into a new home,  according to Christopher.

Domestic investors though are likely to be hampered by the APRA changes to lending criteria which will result in a slow down in 2016.  “This will have a knock-on effect as the type of property they (domestic investors) buy is usually entry level stock.”

“This (slow down in domestic property investing) will allow first home buyers to come back to the market.”

Video: What you need to know about investing in property

What properties will take off in 2016?

Investing in a holiday home is likely to increase in 2016, according to Mourd. A rise in domestic travel is likely to create demand for short term holiday rentals all over the country.

“There will be an increase in casual holiday letting,” he says. “Particularly for those planning retirement it could be the right time to buy a future retirement home and holiday let it out (for now).”

He says more buyers are now willing to share that holiday property with others by offering short term lettings when they’re not using it. For expats living and working in Asia or the UK, 2016 might also be the time to invest in a coastal home.

What property trends can we expect in 2016?

Buying interstate could become more popular in 2016 with Brisbane properties now being marketed in Sydney in particular, to alert potential buyers to the value for money a property in the sunshine state represents.

For buyers struggling to land that inner-city property  in those tighter markets, now might be the time to think about relocating to take advantage of the value other cities can offer, he says.