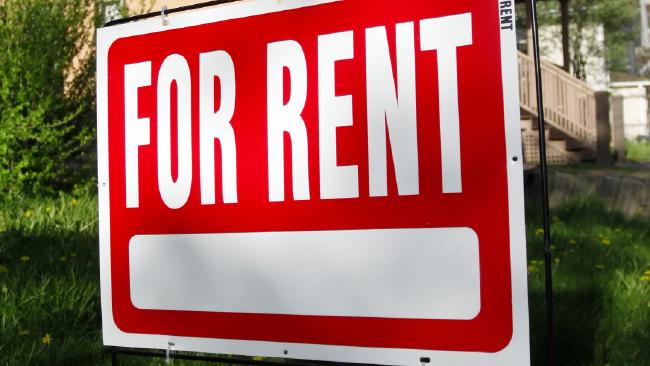 Median rent rises to $448 a week in Melbourne but price growth is slowing, report says

MELBOURNE’S weekly rental rate has experienced the equal highest rise of all capital cities over the past year, along with Sydney.

But new data from CoreLogic RP Data suggests rental growth is slowing Australia-wide due to the rising supply of rental homes and slower migration rates.

Melbourne’s median rent of $448 per week for all dwellings also remains far from the country’s most expensive, sitting almost $150 lower than the NSW capital and $35 below the combined capital cities’ rate.

The median rental rates in Canberra, Darwin and Perth are also higher than Melbourne.

According to CoreLogic, Melbourne’s median weekly rent has risen 2.1 per cent over the past year, but experienced no change over the most recent quarter.

Rental yields in Melbourne have also fallen from 3.3 per cent to 3 per cent over the past year.

In comparison, houses in Sydney now have a median weekly rent of $610 and units $540. The NSW capital’s rental rate across all dwellings rose 2.2 per cent over the past year to $593.

For the combined capitals, the median rent for houses sits at $487 per week and $463 for units.

The rental rate for all dwellings dipped 0.5 per cent across the capitals to $483 per week in the most recent quarter, but the figure is still 0.6 per cent higher than this time last year.

The median weekly rental rate fell in four of the eight capitals over the last three months (Darwin by 4.7 per cent, Perth by 2.9 per cent, Adelaide by 0.9 per cent and Brisbane by 0.7 per cent).

“The construction boom across the capital cities, coupled with slowing population growth, low mortgage rates and the recent heightened level of activity from investors are the major contributing factors to the slowing rental growth,” the report said.

“It is clear that the increase in investment stock is providing landlords with little scope to lift rental rates while the low mortgage rate environment provides little incentive to push yields higher.”

Originally published as The spiralling cost of renting in Melbourne